The Story of the Foundation

Improving the Lives of People, Animals & The Planet

The Patricia and Paul Bragg Foundation was established by Patricia Bragg in 2019 to deepen her life-long commitment to building healthy communities. Our hope is that the legacy of Patricia and Paul will continue to inspire and support those who have dedicated their lives to improving the world around them. The Foundation provides thoughtful and purposeful funding to nonprofit organizations aligned with the Foundation's mission and committed to positive change. 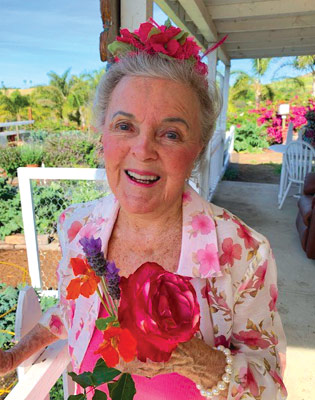 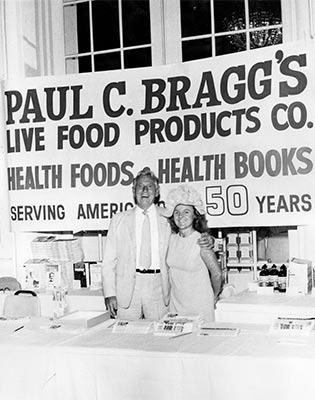 Paul C. Bragg opened his first health food store in the United States at the start of the 20th century, pioneering a health and fitness movement that would change people’s lives around the world. He later came to work side-by-side with Patricia, and together they worked tirelessly to promote good health and vitality. They also established and grew Bragg Live Foods, a company perhaps most famous for its Bragg’s Amino Acids and Organic Apple Cider Vinegar.

Since Paul’s passing in 1976, Patricia has honored his legacy and continued as a leader herself in the natural foods movement, significantly expanding the company’s reach and continuing to promote the Bragg healthy lifestyle.

In 2019, Patricia decided to sell the company and form the Patricia and Paul Bragg Foundation so that she could dedicate even more time and resources to supporting the communities she loves so much and the local nonprofit sector working to make the world a healthier and better place.

Patricia is a life-long health advocate and activist, admired internationally for her passionate work promoting healthy living. For many years she traveled the world, teaching the Bragg healthy lifestyle for physical, spiritual, emotional health and joy. She was invited to give lectures, visited radio shows, was profiled in magazines and appealed to people of all ages, nationalities and walks-of-life. Together with Paul, she co-authored a collection of ten books, with inspiration and techniques for living a long, vital, happy life. Now in her 90s and living on an organic farm in California, Patricia herself is a testament to these teachings and the sparkling symbol of health, perpetual youth and radiant energy. 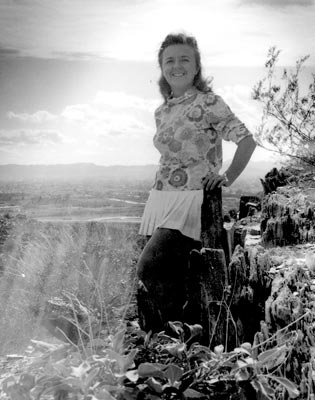 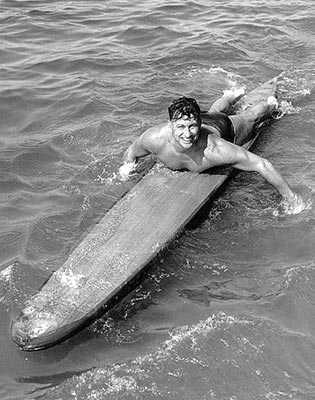 Paul C. Bragg was at the forefront of the modern health movement, having inspired generations to turn toward wellness. At a young age, Paul turned his own health around by developing an eating, breathing and exercise program to build strength and vitality. From this life-changing experience, he pledged to dedicate the rest of his life to promoting a healthy lifestyle. He opened one of the country’s first health food stores, which eventually led to the creation of the Bragg Live Foods company. With a devoted following, Paul traveled giving lectures and sharing his expertise, while serving as an advisor to athletes and movie stars alike. Even Jack LaLanne, the original television fitness guru, credited Paul with having introduced him to the importance of healthy living. In addition to the books Paul wrote with Patricia, they co-hosted television and radio shows and worked together to bring wellness to the world. Paul himself excelled in athletics, loved the ocean and the outdoors, and radiated with health and a warm smile.

When Patricia sold Bragg Live Food Products, the company became its own entirely separate entity. Other than their shared history, the company and the foundation have no legal or financial connections. More information about Bragg Live Foods can be found here.